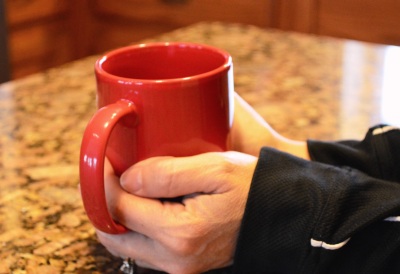 She came to me bleeding. All over the table between us. All over the smartly manicured winter scarves and boots. All over the friendship we’d shared for years. The gush was coming from her broken heart. Circling over top the whispered secrets and so many rejoicings and all the day-in-day-out of family life we’d both laughed our way through,

There was now a pool of fresh red.

As I gently probed, she revealed more of her story. The injury tumbled forth slowly. Provocative descriptions and candor that made me wince. And then, when the weapons wrapped in words which caused the wounding finally surfaced, it was replete with renewed sobs. Misunderstanding. Disagreement. Insensitivity. Injustice. I heard instances of each. And, I’m not gonna lie, my anger began to rise. How dare they say that? What was he thinking? Could they possibly be so callous?

She settled down into a pool of snot and the heaving finally began to subside. I buried myself in questions, trying to draw her out of her pain. Trying to grasp the thread of grace I believed was there. Somewhere.

At that moment, my toddler waddled up to me. His diaper sagged and his face still wore vestiges of breakfast. The furrow of his brow shadowed unusually cloudy eyes. And I saw it coming: he was going to whine. But whining was just the tip of the iceberg. Even with all my attempts to comfort and console, to placate and blandish, he continued his sour behavior.

My mind whirled back over the morning. In a flash, it seemed, I remembered anger displays and uncharacteristic clinginess. Empty stares and more fighting than his siblings could stomach. How he slept extra long at nap time and how not even his cream cheesed bagel could coax him to eat much. And while I don’t consider myself a veteran mom yet, I’m certainly far from a newbie. Even so, sometimes it takes awhile for the facts to line up. In a rush of brilliance, though, at that very moment, with the events of the day swirling in my mind’s eye, it occurred to me to ask a simple question,

“Buddy, does something hurt?”

He nodded his towhead and squinted up at me. A tear dripped from his eyelash. He laid a hand on a cowlicked shock of blond hair, moaning. I slid my hand up to his warm forehead and suddenly everything was clear. A fever. Of course. 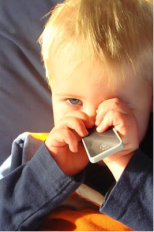 It wasn’t until after the Tylenol had been measured and swallowed and my attention was back on my friend that I realized that I had made the same mistake twice that day. I had judged the person by the symptoms of their pain. Was my son a whiner? Did he usually bully his siblings or throw his bagel across the table? No. But the pain he carried around in his little two-year-old body transformed him into these things. Because I mean, really, who hurts people unless they themselves are experiencing hurt?

The one who had caused the bleeding in my friend’s heart was no different, although I had not given his case the same consideration as that of my fevered toddler. I had never gotten past the how and the what to ask the most important question of all: WHY.

And yet there is a sense in which my rage at my friend’s pain was warranted. I certainly believe there are times for outrage at injustice. Even Jesus’s actions in the temple tell us as much. But to slam my gavel without recognizing the injury behind enemy eyes is akin to allowing the bloodshed to continue. None of us are one-dimensional beings, after all. As much as it is true that insult and injury should meet their end with justice and good should be proven to prevail, perhaps a more important question than “Do you need a time-out?” is “Buddy, where does it hurt?”

Perhaps this is as true for the toddler as it is for the insensitive spouse or the cranky clerk or that crotchety old librarian who seems to enjoy the fact that you’ve lost books again and now have a fine to pay.

People are never the enemy, even in the worst of evil choices.

And if it’s true that the cruelty done to someone else was the cause of the spiteful things said to my friend, then would my own hatred of the one who wounded her really do anything other than turn me into a hater, too? Wouldn’t that just perpetuate the cycle? As Gandhi once said, “An eye for an eye leaves everyone blind.”

Maybe the thread of grace I found that day waddled up to me with a soggy diaper and just the faintest wisp of cream cheese on his upper lip. Maybe his vacant eyes initiated a question that would go much farther than my own to engender true healing. To introduce peace in the midst of violence. And maybe things don’t always change so much as we grow up. Because could it be that when someone seems to personify evil itself and we are bludgeoned by the blows, sometimes what they need more than a snarky rebuttal or a scripturized rebuke is a place to take off their mask and show their scars?

What if we remembered to look behind their eyes and into the soul? Knowing that it might still be bleeding.

“Forgiveness matures in us when we consider where our enemy cries.” Brennan Manning

This week’s book give away goes to Beth Hess! Beth, we will send you an email. The number was randomly picked with http://www.random.org/.

Now we’re off to the next book. Yay!

“A leading female preacher chronicles her personal odyssey of faith and the tensions of her religious life a conflict that leads her to leave the church in order to maintain her relationship with God and that takes her on an unexpected path of belief.” ~~Book Description

Help us to connect the dots for folks to find you. If you blog, leave a trail. Just enter your blog post below and grow the circle by mentioning to your neighbors, in your blog post, that you came here today.

35 Comments on “Behind Enemy Eyes”

Most weeks we'll keep too ONE post. But once in a blue moon, we'll send out a second one with links we think you'd be interested in seeing. Slower means we have time to pass the butter, swap war stories, or maybe laugh like hyenas.

If you wandered off track

These inter-webs can be tricky. If you're looking for comments, make sure you click on the TITLE of the blog post and then you can get to discussing.

This place gives away stuff better than a garage sale "Mona Lisa" find. Books can be our best friends so us "regular folk" will be sharing the kind we discovered outside whatever "city" we found ourselves. Free, folks. We'll be giving away our "best friends" (formerly known as books). Stay tuned and pass this place 'round {so we can find each other too}.